My Mulan Fantasy Dance Drama tells the story of a modern girl named Michelle who falters in her confidence during an audition. With a storyline that is expertly woven together across time and space, Michelle follows Mulan’s journey to find herself and dance with confidence again. The play features top musicians, dancers, and stage artists from China, the United States, and Canada for a 90-minute show with 16 dance segments across 6 acts.

My Mulan Fantasy Dance Drama first premiered at the Ho Bozhao Theatre in Toronto on August 24th, 2019. During the premiere, the play invited a full house that captivated through magnificent dance, beautiful melodies, and weaved the unexpected for audience members to feel emotions and experience growth alongside the characters.

The plot and character expressions are performed entirely through dance and music for the audience to appreciate and be deeply moved by the tale of Mulan and Michelle. Dance styles with 120 performers range across modern dance, Chinese dance, street dance, martial arts, kung fu, and feature numerous medal winners from international competitions to present the story. 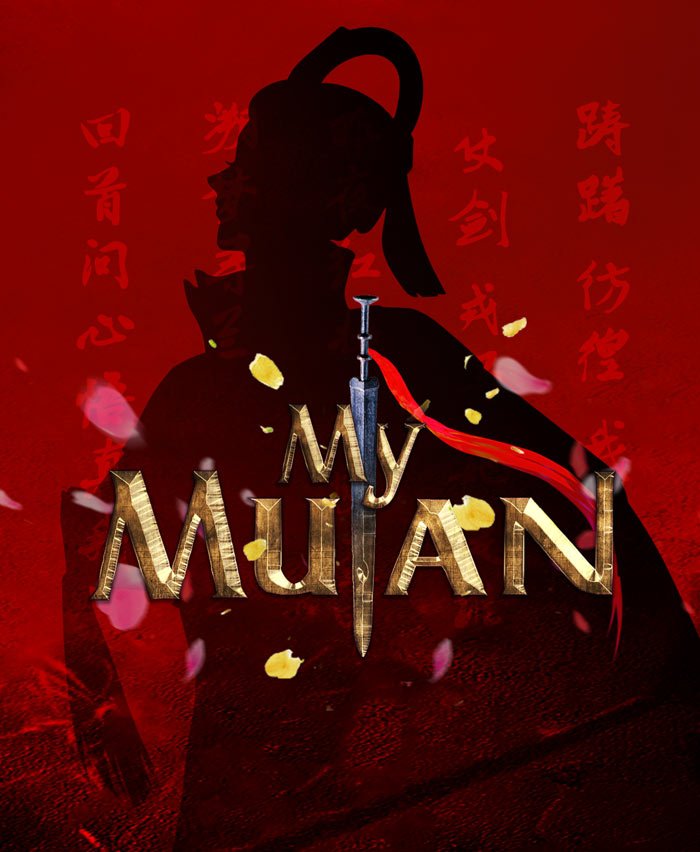 My Mulan Fantasy Dance Drama tells the story of a modern girl named Michelle who falters in her confidence during an audition. With a storyline that is expertly woven together across time and space, Michelle follows Mulan’s journey to find herself and dance with confidence again. The play features top musicians, dancers, and stage artists from China, the United States, and Canada for a 90-minute show with 16 dance segments across 6 acts.

My Mulan Fantasy Dance Drama first premiered at the Ho Bozhao Theatre in Toronto on August 24th, 2019. During the premiere, the play invited a full house that captivated through magnificent dance, beautiful melodies, and weaved the unexpected for audience members to feel emotions and experience growth alongside the characters.

The plot and character expressions are performed entirely through dance and music for the audience to appreciate and be deeply moved by the tale of Mulan and Michelle. Dance styles with 120 performers range across modern dance, Chinese dance, street dance, martial arts, kung fu, and feature numerous medal winners from international competitions to present the story.

This is a story that has moved me in many ways. I often meet people who say Chinese culture should be carried forward overseas. Yet, there are few people like Li Lin who rely on their own perseverance, persistence, and high professionalism to carry overseas the essence of Chinese dance. Her actions made her dreams come to life.

Whether we watched Li Lin’s original Fantasy Dance Drama “My Mulan” live in a theatre in Toronto, enjoyed a weekend at home, or travelled to other places in the world, the night of August 24th and 25th had the world cheering for her dreams to come true.

She was wearing a high ponytail that reached down to her waist. Her red jacket shined against a long black dress as she came up to me quickly. Even as someone who did not know how to dance, I could see her figure and temperament glide. Anyone in the room paying attention to movement could witness her profound dancing skills at a glance.

With rare talent and creativity, this was a woman born for dance. Her predestined talent helped her acceptance as a disciple of Professor Tang Mancheng, one of the founders of Chinese classical dance, and Professor Wang Kefen who was one of the academic masters of Chinese dance history. After she completed her Master of Arts at Beijing Dance Academy, she pursued a post-graduate program in Art Management at Peking University.

When she finished her studies, she was admitted to the National Performance Art Centre, where she was responsible for repertory production, actor selection, and training for China’s top artistic performance stage. Many of her plays, including Marco Polo’s Opera, Carmen and Nabucco, were critically acclaimed. Tickets were always hard to come by.

From working closely with many of the world’s top directors, musicians, and dancers at the National Center for the Performing Arts, Li Lin developed a broader artistic vision for profound works of stage performance.

With Chinese classical dance as the core, teaching Chinese dance is reserved, gentle, and full of power. Every look and gesture of the dancer speaks. It is meaningful to the people witnessing the art shine and invites them to fall in love with Chinese culture.

In addition to teaching Chinese dance at school, Li formed the Canadian International Dance Culture Association with native Canadian dance artists and professionals. The Toronto International Youth Dance Festival, sponsored by the Association, has been hosted every summer in Toronto’s Municipal Square for six consecutive years.

Elite dance groups from China, America, and Canada “dance battle” on the same stage for excitement and elegant performances. Every year styles of dance ranging from Chinese dance, ballet, modern dance, tap dance, jazz dance, African dance, and more, participate in creating original dances to win judge evaluations and enjoy audience cheers. In 2019, “My Mulan” debuted its sword dance segment, which won the overall champion and grand prize of 1,000 Canadian dollars. All the dancers and judges had one thing to say, “This is awesome! You are the champion!”

Li Lin believes that in order to promote Chinese dance in Canada, it takes the opportunity for Chinese dance to be shown to the world where it is recognized, appreciated, and gives space for the diverse dance art of different nationalities to enter the Chinese community.

Li Lin has one wish – to put Mulan on the stage.

Li Lin grew up strong and warm-hearted. As the youngest in her family, she never wanted to rely on anyone, but chose to be brave for those around her. She would ride her father’s big bicycle around with her tiny frame, always bringing along friends with her. She never hesitated to bring a sick friend to the hospital in the middle of the night, and was always open to listening to the adventurous business trip stories from her father who was the general manager of a fireworks factory.

Li Lin has a paralleled sense of identity when it comes to Mulan because of her loyalty and unyielding spirit. It was during her time at the National Center for the Performing Arts, that she decided to put Mulan’s story on the stage. Mulan set an example that left behind poor habits of staying inside and followed the rules of virtue in ancient times. She became a model for heroines in an upcoming era. She was the flesh and blood girl who dared to love and hate. With Disney’s animated film “Mulan,” the story soon crossed national borders to cause a worldwide craze.

The dream to bring Mulan to the stage did not come true in Li Lin’s homeland. After she was in a foreign land, the idea became stronger. She felt deeply that Mulan belonged to the era of female independence, courage and wit, and the quality of extraordinary love and righteousness. Every positive woman around us can find Mulan’s shadow. Li Lin soon became more and more determined to put Mulan on the stage. In the process, she encouraged more women in every corner of the world to pursue their own incredible lives.

This is My Mulan.

Li believes – if you want to dance, everywhere is a stage.

How easy is it to produce a dance drama? Li Lin knows that answer better than anyone else. She was once in charge of project management at the National Centre for the Performing Arts and knows it takes millions of dollars to rehearse a play in order to be ready for performances. It often takes more than half a year to arrange a full production. How could Li Lin achieve an original dance drama without financial support? Every part of a production is difficult to start, from the script to recruitment of actors, costumes, staging, lighting, music, and the crew’s basic necessities of life. Even with careful budgeting, it takes at least a few hundred thousand Canadian dollars.

In Toronto, I have seen performances large and small, but I have never been stingy with cost. In meeting Li Lin, it is the first time I have met a planner who paid for all the expenses and booked the venue out of their own pocket before any sponsorship became available. Instead of moving houses, she decided to stage a dance drama.

When Li Lin’s friends, parents, classmates, and colleagues in China’s dance circle heard she was going to create Mulan, their first reaction was invariably, “Are you crazy?” The second response was touching, “If there is anything I can do to help, let me know.”

A dance drama is not a short show either. It is nearly one and a half hours of performance that rely completely on dance and music to tell the story. It pulls audiences from different cultural backgrounds to immerse themselves into the imaginative world and understand a story through dance. This is why dance drama is officially called the highest form of dance and attracts large numbers of outstanding overseas artists to come together in support.

Famous poet and calligrapher Li Xubai joined Mulan to help write poems to add a stronger sense of historical background to the play. Zhou Lijun, a famous dance artist, was cast as the leading role of Mulan. Talented Brazil dancer Allan Goettn was cast in the leading role of King of Babarian. Many excellent dancers from across the world joined the cast to perform this fantasy dance drama. Martial arts director, costume designer, art consultant, literary consultant, and legal consultant made a team of big shots. In a rare move, the local and domestic media made more effort to publicize and support the production from all angles.

Just three weeks before the opening performance, the creators and stars of the diverse group gathered in Toronto from the United States, Japan, China, and many other places from around the world joined and began the final rehearsals before opening night.

As the days passed and the final rehearsals drew near, everyone was working day and night for “My Mulan” to blossom on stage. For two weeks, Li Lin slept only four hours a day to wrap up final details before the opening performance day.

She was looking forward to the arrival of the opening performance to showcase a stage of ancient and modern dialogue to present to the audience, and to Chinese communities overseas. She wanted to bring all the world’s independent and strong women together through dance drama.

On August 24th and 25th, 2019 “My Mulan Fantasy Dance Drama” debuted at He Bozhao Theatre as the first inspirational and original fantasy dance drama based on Mulan in North America. It is a beloved work of art that is harmonious with the soul. Through the world language of dance and the dialogue between the past and present of Mulan, the spirit of Mulan was recreated in Toronto.

To stay up to date with the latest previews and ticket discounts for our next live show, subscribe to our newsletter here.

By submitting my data I agree to be contacted